Abram dwelt in the land of Canaan, and Lot dwelt in the cities of the plain, and pitched his tend toward Sodom.” Genesis 13:12

Lot was a Righteous Man, but Covetous

Like Abraham, Lot was a believer in Jehovah, a person justified by faith. 2 Peter 2:6–8 shows this. He really was a child of God, though his conduct often was sinful, selfish and worldly. He wanted not merely an honest living, but a chance to be rich, He chose the fertile plain and left Abraham the barren hills. Lot was chiefly concerned about financial success, Similarly many Christians fall into the sin of coveting the world’s riches and treasures, to the injury of their own and their family’s spiritual welfare.

Lot became a Resident of a Wicked City

Lot “pitched his tent toward Sodom,” overlooking the solemn fact stated in Genesis 13:13. “But the men of Sodom were wicked and sinners before the Lord exceedingly.” Finally Lot gave up living in tents altogether and we find him clear inside Sodom in a permanent dwelling. By a gradual process, the companion of Abraham became a resident of Sodom. Many Christians become “worldly,” not suddenly, but by a gradUal process of change. They lose their satisfaction in the companionship of God’s people, and associate more and more with worldly and unsaved people. 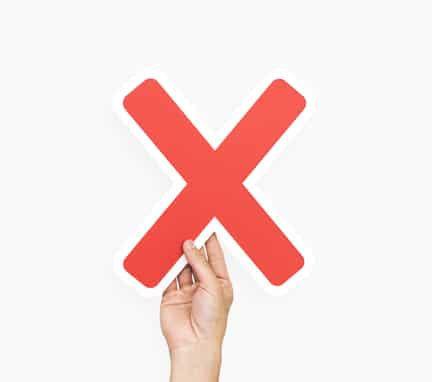 How like the people of Sodom Lot has become! Abraham refused to permit his son to many one of the daughters of the land, but Lot seemed to take no thought about such matters. In modern times we might blame the daughters themselves for marrying ungodly men, but in those days (as in the Orient today) marriages were arranged by the parents and for a young person to marry without the parent’s consent was all but unheard of. How many modern Christians commit this very sin of becoming unequally yoked together with unbelievers, ignoring the divine command “Be ye separate” (2 Cor. 6:14–18), and how little concern there is about it in many Christian circles!

Though God had long patience with Sodom, it only grew worse, and finally had to be destroyed. In the destruction, only the righteous (believers) were saved, and there were not even ten of them in Sodom; there were only four; Lot, his wife, and two daughters. As Sodom was destroyed for sin, so one day God will destroy this wicked world for sin. At that time only the righteous (believers in Christ) will be saved. All others will be condemned in the judgment and punished in hell for all eternity.

Salvation not Dependent on Character or Conduct

If salvation depended on character or conduct, Lot and his family would have perished in Sodom. In many ways Lot had become like the people of Sodom, as is shown by the conduct of Lot and his daughters after their deliverance from Sodom. Yet Lot is called in Scripture “that righteous man,” because of a righteousness not his own, a righteousness of God imputed or reckoned to him by God’s free grace, apart from his own works or character. Lot was saved because he was a believer, not because he was a good man. In his own life and character he had no goodness to commend him to God. We can rest with assurance only in the perfect righteousness of Christ, in spite of the doctrine of “salvation by character” which is prevalent today.

Lot wanted riches, and for a time it seemed that he would prosper greatly, but in the end Lot left Sodom as a destitute refugee. He did not lose life itself, but he lost all his wealth and property in the destruction of Sodom. We who are believers in Christ cannot lose eternal life, but we can our peace and joy, we can forfeit our reward and crown, Christ warns us: “Hold that fast which thou hast, that no man take thy crown” (Rev. 3:11). God is holy and cannot disregard sin in his children’s lives. Our sins are all forgiven for Christ’s sake, but we may have to suffer God’s chastening because of our trifling with sin. Lot’s wife had been warned not to look back toward Sodom; she disobeyed this command, and was turned to a pillar of salt. This does not necessarily mean that her soul was eternally lost, for if she had not been a righteous person she would hardly have been rescued from Sodom in the first place. But she did lose her earthly life as a chastisement for sin and a warning to others to “remember Lot’s wife.” How many Christian’s look back with longing toward the things of sin and of the world!