A Matter of the Heart

In Leviticus 11, God sets forth various regulations governing clean and unclean foods. Certain animals, for example, could be eaten as food and others were forbidden to be eaten. God’s rule for determining whether an animal is clean or unclean is stated in Leviticus 11:2: “You may eat any animal that has a split hoof completely divided and that chews the cud.” Then some examples of clean and unclean animals are listed so that the people will clearly understand God’s law. 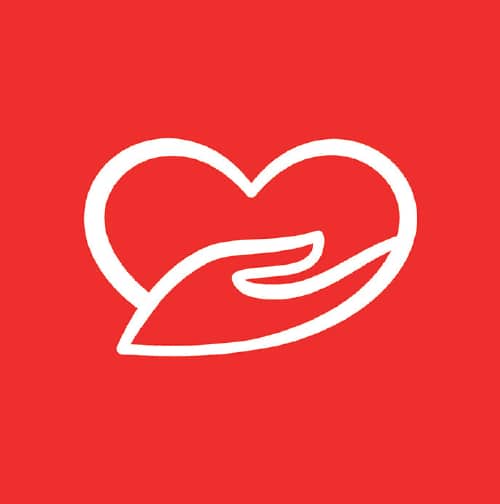 It must be understood that the unclean animals were themselves not less good for food than the clean ones. It appears, rather, that God wanted his people to prepare themselves properly in worshiping and serving him. The case of Nadab and Abihu seems to make this clear. These two sons of Aaron came to worship “with unauthorized fire before the Lord “contrary to his command” (Lev. 10:1). The Lord responded to their impropriety by sending forth fire which “consumed them and they died before the Lord” (Lev. 10:2). Proper preparation, therefore, to worship the Lord requires observance of his laws. Thus, the ceremonial laws were intended to help God’s people honor him as holy and properly worship him. Now we can see that the heart of the matter is a matter of the heart. One’s heart must be clean in order for our worship to be acceptable to God. That’s why the ceremonial laws could pass away when Jesus came “in the fullness of time.” He made it clear that cleanness and uncleanness come from within the heart of a person. Jesus declared to the people of his day that “nothing outside a man can make him ’unclean’ by going into him. Rather, it is what comes out of a man that makes him ‘unclean.’” (Mark 7:15). By so teaching, “Jesus declared all foods clean” (Mark 7:18). So the heart is what must be cleansed in order to satisfy the real meaning of the Old Testament ceremonial law regarding cleanness.

The apostle Peter also learned this truth when men were coming from Cornelius the centurion to ask him to return with them to the house of Cornelius. One will recall that Cornelius had been directed by an angel to send for Peter (Acts 10:5). As the men approached Joppa, where Peter was staying at the time, “he fell into a trance.” While in the trance, Peter saw “a large sheet let down to earth” in which were many ceremonially unclean animals. At that moment “a voice told him, ‘Get up Peter, kill and eat’” (Acts 10:13). Peter, always being careful to observe God’s law, rejected the command and responded: “Surely not, Lord! . . . I have never eaten anything impure or unclean” (Acts 10:14). Thereafter, “the voice spoke a second time, ‘Do not call anything impure that God has made clean.”’ Apparently, God meant to reinforce this instruction in Peter’s mind, for Scripture states “this happened three times, and immediately the sheet was taken back to heaven” (Acts 10:16). Peter was still pondering the meaning of the vision when the men from Cornelius arrived and asked for him. It was then that Peter was given specific direction by God’s Spirit to “get up and go downstairs. Do not hesitate to go with them, for I have sent them” (Acts 10:20). Peter’s action was so contrary to what a good Jew would ordinarily do that it aroused controversy among the Jewish believers. Consequently Peter had to defend his conduct before them in Jerusalem (Acts 11:2–3). There Peter explained to them all that had happened to him and what happened later in the house of Cornelius, namely, “While [he] was still speaking, the Holy Spirit came on all who heard the message” (Acts10:44). This settled the matter among them, for we read: “When they [Jewish believers] heard this, they had no further objection and praised God, saying, ‘So then, God has granted even to the Gentiles repentance unto life’” (Acts 11:18). This now makes crystal clear that anyone who repents of sin and believes in his heart that the Lord Jesus has forgiven his sin can be saved; even Gentiles who once were considered unclean in terms of the ceremonial law. Thank God that his grace reaches even to sinners like you and me!

It seems then, that the ceremonial law about clean and unclean was intended to remind God’s people to have proper regard to his holiness and to worship him with proper regard to his majestic sovereignty. Thus, all that would hinder proper respect for God’s holy name must be set aside. That would include even associating with other peoples who did not acknowledge him. That helps explain also the “wall of partition” between Jews and Gentiles. All of that, however, has changed with Jesus’ coming into the world to die for sinners. Now the “middle wall of partition” has been destroyed and the ceremonial law with its commandments and regulations has been abolished (Eph. 2:14–15). We are back once again to the heart of the matter, which is to have our hearts attuned to God himself through Jesus Christ. He alone is “the way and the truth and the life” though whom we “come to the Father” (John 14:6).

It becomes evident, therefore, that we are called to examine our hearts. What is in the heart tells us the type of person we are. Surely, as believers in Christ, we should want to serve God with our whole heart and manifest the fruit of the Spirit in our lives (Gal. 5:22–23). Let us seek to respond positively to the words of Proverbs 22:26:

My son, give me your heart

And let your eyes keep to my ways.

Or, in the words of an old hymn:

“Give Me thy heart,” says the Father above,

“No gift so precious to Him as our love;

“Softly He whispers, wherever thou art,

“Gratefully trust Me, and give Me thy heart.”