Note: This is the twelfth of a series of articles on common contemporary viewpoints which are contrary to orthodox Christianity.

As summarized in the Westminster Confession of Faith, the Bible teaches that God is “most free, most absolute, working all things according to the counsel of his own immutable and most righteous will, for his own glory…and is alone in and unto himself all-sufficient, not standing in need of any creatures which he hath made…” (II I, 2). Thus the Confession states the truth that God is not limited in any way by his creation, This truth is denied today not only by Modernists but also by many Fundamentalists, Probably only a minority of Protestants really believe in an unlimited God, Yet that minority holds the torch of truth handed down through the ages, and that minority occupies the key position for the future of Christianity.

The Limited God of Modernism 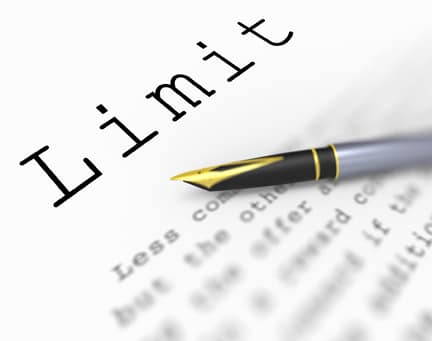 Modern religious Liberalism, under the influence of modern philosophy, has tended to stress the immanence of God in the universe, while neglecting, if not actually denying, God’s absolute transcendence over the universe, The result of this one-sided view of God is that Liberalism tends to believe in a limited God—a God caught in the meshes of the universe and limited by it. Thus it is common for Liberals to speak of God as “the heart of the universe,” “the soul of the universe,” “the intelligence at work in nature,” “the power that makes for order and harmony,” and the like. While there is indeed an element of truth in such expressions as these, they are neither the whole truth nor the most important truth about God. When the absolute transcendence of God is lost sight of, it is but a step to Pantheism, the idea that God and the universe are one and the same. Many Liberals have taken that step, consciously or unconsciously, and regard God as an aspect or part of the universe. Such Pantheism of course eliminates both the transcendence and the real personality of God. The God who is called “the soul of the universe” is thought of as being only the soul of the universe. Such a “God” cannot be truly free nor care; he be truly personal. In reality such a “God” has no independent existence; he is just a projection of the human mind,

In accordance with this notion of a wholly immanent God, Modernists in their moments of frankness tell us that it is folly to think of God as a free agent who absolutely controls the forces of nature and the events of history, A noted American Modernist a wholly immanent God leads to denial of the supernatural, including the miracles recorded in the Bible, So we are told that Jesus did lIot really walk on the water, still the storm on Galilee, nor rise from the dead, Of course a God that is part and parcel of “nature” could not bring about a miracle that would be above or contrary to nature.

A Modernist professor of philosophy in a “Christian” university in China said in a sermon that we can no longer think of God as an unchangeable being; God is a worker, and a worker changes with his work, He added that God is an experimenting God, and that we should not expect too much of God, for he is limited by the kind of materials he has to work with; God is faced with a difficult situation and is doing the best he can with very poor materials. This “missionary” ended his discourse with a blasphemous bit of poetry, calling upon his hearers to outgrow the childish attitude of trust in God, become mature, and learn to stand on: their own feet and trust in themselves. This professor was more candid and outspoken than most Modernists, but bis view of God is typical of Modernism generally, Such a God is tied down to the universe or “nature.”

Back of this view of God lies the denial of the doctrine of creation, Such Modernists do not really believe Genesis 1:1 and Psalm 90:2; they regard such texts as interesting myths and beautiful poetry, not statements of fact. A man who says God is limited by the kind of materials he has to work with, does not believe in the doctrine of creation. If God is the Creator, he has provided himself with whatever materials he chose to work with. A preacher who says it is useless to pray for rain does not believe in the doctrines of creation and providence; the reason he does not believe God controls the weather is because he does not really believe that God created the physical universe, ordained its laws and controls its events. Such a man really thinks of the universe as existing of itself, and of God as existing as an aspect of it, and limited by it.

Many Christian people are deceived by the apparent reverence and piety of Modernist preachers, and their habitual use of traditional Christian terminology. “Beware of false prophets, which come to you in sheep’s clothing, but inwardly they are ravening wolves” (Matt. 7:15). On the surface, most Modernists seem harmless. But. their idea of God differs radically from that revealed in the Bible and held by the historic Christian Church. They believe in a limited God.

The Limited God of Fundamentalism

Not all Fundamentalists believe in a limited God, but many do, and probably it would not be unfair to say that the notion of a limited God is characteristic of American Fundamentalism in general, as shown by its literature, radio evangelism and other modes of expression. To be sure, Fundamentalism is not on the same low level as Modernism in its mistaken view of God. The Fundamentalist doctrine is much more Scriptural and less harmful than that of Modernism. For Fundamentalism has a clear faith in the transcendence of God and his supernatural character.

Most Fundamentalists, it would seem, are Arminians. This means that they regard God as limited by the free will or human beings. Some say frankly that when God created free agents such as angels and men, he “limited himself” and from that time on his plans and purposes could be frustrated or modified by the free will of his creatures. Others hesitate to state the matter so bluntly, yet they make statements about God which show’ that they think of God as limited by the decisions of human beings.

This Arminian belief is so prevalent that it is difficult to obtain evangelistic tracts that are not tinctured with it. Some of the common expressions in Fundamentalist evangelistic material are thoroughly Arminian in character, such as: “Give God a chance to save your soul”; “God cannot save you unless you choose to believe”; “God has done his part; now it is up to you to do your part”; “Jesus wants to save you, if only you will let him”; “Won’t you let Jesus save you?”; “God is waiting for you to open the door of your heart”; “God needs Christian workers and missionaries.” There and two verbs that should never be used of God: “cannot” and “needs.” When any person talks about God “needing” this or that, or says that God “cannot” do something or other, that person believes in a limited God. According to the Bible God needs absolutely nothing, and the only thing God cannot do is to deny himself.

The harm of Arminianism is that it regards man, not God, as the real determiner of the eternal issues of life. God is regarded as electing those who elect themselves; that is, God’s decree of election is regarded as depending on God’s foreknowledge of man’s free choice. Thus at the crucial point it is man and not God that determines who shall be saved. But in that case, salvation cannot be wholly of free grace; for the all-important matter of the sinner’s decision to believe is regarded as depending not on God but on man. Thus Arminianism, the most popular type of Fundamentalism today, divides the work of salvation between God and man, and makes the key factor dependent of man. As Dr. B. B. Warfield once wrote, “There is an impassable gulf fixed between those who hang the efficacy of Christ’s work upon the ‘free’ action of man’s will, and those who ascribe it all to God’s free grace. They are of different religions.” Many Arminians are, of course, earnest and faithful Christians. But this is because they are not fully consistent in holding the Arminian theology. In spite of themselves, they ascribe their salvation, in the bottom of their hearts, to God’s free grace. We rejoice in the Christian devotion and earnestness of multitudes of Arminians. But this does not change the erroneous and harmful character of the Arminian theology. In reality, Arminians can be Christians only because they are not fully conscious of what their Arminian principles imply concerning God and man.

The Unlimited God of Calvinism

Unlike Modernism, Calvinism believes in a personal God who is distinct from the universe and absolutely unlimited by the universe or anything in it. “Our God is in the heavens: he hath done whatsoever he hath pleased” (Ps. 115: 3) . He is both transcendent, above and beyond all created being, and also constantly immanent ill every portion of his creation. By his providence, he absolutely controls everything that comes to pass.

Unlike the prevalent Arminian type of Fundamentalism, Calvinism believes in a God who is absolutely free and sovereign and not dependent on the free will of human beings. Cod has foreordained all that comes to pass, including “chance” events (Prov. 16: 33), the decisions of free agents (Prov. 21:1), and even the sinful acts of wicked men (Acts 2:23). When a sinner repents and believes on Christ as his Savior. this free act is really the working out of the eternal decree of God (Acts 13:48). It is the strength of Calvinism that it does not try to solve the rational paradox between divine sovereignty and human freedom.

Years ago Dr. B.B. Warfield wrote: “The ‘problem of God’ is to be solved for the twentieth century as for all that have preceded it, not by deifying man amI abasing God in his presence, but by recognizing God to be indeed God and man to be the creation of his hands, whose chief end is to glorify God and to enjoy him forever.” Thus Dr. Warfield pointed out the tendency of the twentieth century to exalt man by debasing God. Our man-centered, man-glorifying age takes away part of God’s power and glory and bestows it on man. This is one sign of the modern revolt against consistent Christianity or Calvinism.