On November 20, 1998, the Evangelical Theological Society, meeting in Orlando, Florida, held a panel discussion of the documents “Evangelicals and Catholics Together” and “The Gift of Salvation.” These two statements were prepared by a group of evangelical and Roman Catholic leaders who reached agreement on certain theological issues and concluded that the areas of agreement were sufficient to allow them not only to cooperate on various social and cultural issues, but also to do evangelism together. The doctrine of justification was a special focus of “The Gift of Salvation” and it appeared to many that a surprising measure of agreement had been reached on that basic doctrine. 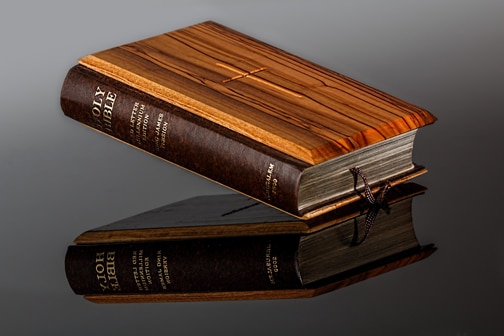 The purpose of the panel discussion was to present for evangelical scholars a discussion of these documents. About 800 scholars attended the session, mainly from Christian colleges and seminaries. Father Francis Martin represented Roman Catholics who supported the documents and Dr. James I. Packer represented evangelicals who did the same. I was asked to represent evangelicals with “serious concerns” about the statements. Each of the three panelists was given ten minutes to present an opening statement. After the statements were made, the panel discussed among itself some of the issues for about 45 minutes and then answered questions from the floor for about 45 minutes.

Father Martin and Dr. Packer defended the doctrinal agreement as an adequate basis for cooperation. Dr. Packer made clear that he still held the historic Protestant view on justification and believed that enough of it was in the document to justify its use as a foundation for cooperation with Rome.

Although-the discussion format gave us a fair amount of time for discussion, much of what was said did not seem to connect on our differences. My concern—that since Roman Catholics believed that these documents could be reconciled with the Council of Trent, they therefore were not an adequate statement of the Protestant view of justification—was not really addressed by Packer in my judgment.

The following is my opening statement at the discussion. In spite of its brevity I hope that it will help readers of The Outlook to see some of the issues involved in this important debate. I do not believe that my concerns as expressed in this statement were really addressed or answered in the discussion that followed.

Let me begin by clarifying what issues are not before us this evening. First, we are not discussing whether it is good for Protestants and Roman Catholics to have dialogues. I believe that such dialogues are a good idea. Second, we are not discussing whether there are true Christians in the Roman Catholic Church. I believe, as historic Protestants have always believed, that there are. Third, we are not here to debate the legitimacy of Evangelical and Roman Catholic cooperation in the culture wars that we face. Such cooperation on cultural issues is valuable. Fourth, we are not here to further anti-Catholic prejudice. I always tell my classes that Roman Catholicism is closer to the gospel than many Arminian evangelicals and that Rome historically has stressed the importance of sin and grace in a way that is more Biblical than evangelicals who want to replace the courtroom with the family room. Fifth, we are not here to discuss whether a Christian must be able to give an accurate theological definition of justification in order to be saved. Rather we are asking whether theologians and Christian leaders involved in a theological dialogue are obligated to do so.

The issue before us this evening is this: Do the documents, “Evangelicals and Catholics Together” and “The Gift of Salvation” clearly state and uphold the gospel of our Lord Jesus Christ, and do they advance the cause of the gospel? My position on both matters is that the documents do not, and therefore I am not just seriously concerned about the statements, but rather I am appalled by them and utterly opposed to them.

Many evangelicals seem to believe that these documents represent progress and movement of Roman Catholics toward evangelical Christianity. I do not. These documents express positions that would have been acceptable to the delegates at the Council of Trent as “The Gift of Salvation” itself implicitly recognizes. Some Roman Catholic signers of these documents have clearly stated that the positions in them do not conflict with the decrees of Trent on justification. That being true, the only movement could have been on the part of the Protestants who have betrayed their historic confession either by failing to speak clearly on the gospel and thereby compromising the cause of Christ, or by concluding that the issues that divided Rome and the Reformers in the sixteenth century were not really fundamental after all.

I. What is the gospel and how is it compromised in these statements?

The confessional Protestant doctrine of justification stands at the heart of the gospel and all Christian truth. This truth has been accurately and eloquently stated by J. I. Packer. (Let me say that I cite Dr. Packer in this discussion, not to be mean-spirited or as a debating trick, but first, because I, like so many who stand with me, believe that I am upholding the truth that Dr. Packer has taught me, and second because try as I might I still do not see how he can affirm what he has written in the past and what he now says about “Evangelicals and Catholics Together” and “The Gift of Salvation.”)

For the doctrine of justification by faith is like Atlas: it bears a world on its shoulders, the entire evangelical knowledge of saving grace. The doctrines of election, of effectual calling, regeneration, and repentance, of adoption, of prayer, of the church, the ministry, and the sacraments have all to be interpreted and understood in the light of justification by faith.2

Salvation in the Bible is by substitution and exchange: the imputing of men’s sins to Christ, and the imputing of Christ’s righteousness to sinners. By this means, the law, and the God whose law it is, are satisfied and the guilty are justly declared immune from punishment. Justice is done, and mercy is made triumphant in the doing of it.4

Behind Calvin’s phrase, “the imputation of the righteousness of Christ,” lies the characteristic “Christ-and-His-people” Christology which was the center of reference—the hub of the wheel, we might say—of the Reformers’ entire doctrine of grace.5

The essence of the gospel—justification by the imputation of Christ’s righteousness—is totally and tragically marginalized in “Evangelicals and Catholics Together” and in “The Gift of Salvation.” Theologians cannot claim agreement on the gospel where the issues of imputation and merit have not been explored and agreement reached. For that reason the Alliance of Confessing Evangelicals prepared an analysis of “The Gift ot Salvation” entitled “Appeal to Fellow Evangelicals.” (Copies are available.) As our time is short, let me read a few paragraphs from that statement as a brief expression of my conviction as to how the gospel is compromised in “The Gift of Salvation.”

“What is striking about this document is the joint affirmation by the signatories that ‘we understand that what we here affirm is in agreement with what the Reformation traditions have meant by justification by faith alone (sola fide).’ This statement would seem to indicate that the cosigners agree in affirming the biblical and Reformation doctrine of sola fide. If such is the case, we rejoice. However, although it is said that certain affirmations are ‘in agreement with’ sola fide, sola fide itself is not stated.

“‘The Gift of Salvation’ says that:

1. Justification is received through faith,

2. Justification is not earned by good works or merits of our own,

4. In justification God declares us to be his friends on the basis of Christ’s righteousness alone, and

5. Faith is not mere intellectual assent but an act of the whole person, issuing in a changed life.

Each of these points agrees with sola fide. Yet separately and together they fall short of both the biblical and Reformation doctrine of sola fide, which is our concern.

II. Now, how does this compromise between evangelicals and Roman Catholics damage the cause of Christ?

First and most importantly, this compromise defames the honor and work of Christ by failing to state clearly that justification is found only in the imputation of his perfect righteousness to us.

Second, this compromise undermines the peace of Christian consciences: only the imputation of Christ’s perfect righteousness can give us in this life that peace of conscience taught in Scripture.

Again as Dr. Packer wrote: “… justification is a life-giving mystery, the source of all true peace of conscience, hope, love, joy, holiness and assurance.”6

Third, this compromise damages the missionary work of the church:

Should we say without clear qualification as “Evangelicals and Catholics Together” does: “Evangelicals and Catholics are brothers and sisters in Christ”? Should we agree that “it is neither theologically legitimate nor a prudent use of resources for one Christian community to proselytize among active adherents of another Christian community”? Does that mean that evangelicals should not approach the pious Roman Catholic on her knees crawling to the shrine of Our Lady of Guadaloupe and try to rescue her from her idolatry?

Fourth, this compromise misrepresents the character of the Roman church: Rome is allowed without challenge to preserve its myth of infallible and irreformable councils which means that Rome has both anathematized those of us who believe in justification by faith alone at Trent, and then called us “separated brethren” at Vatican II and in “The Gift of Salvation” says we are fellow Christians with whom she can do evangelism. Such self-contradictions cannot go unexamined by those interested in Biblical truth. To leave those contradictions unchallenged contributes to evangelical conversions to the Roman church. Listen again to the Canons of the Council of Trent on justification:

Can. 9. If anyone says that the sinner is justified by faith alone, meaning that nothing else is required to cooperate in order to obtain the grace of justification, and that it is not in any way necessary that he be prepared and disposed by the action of his own will, let him be anathema.

Can. 11. If anyone says that men are justified either by the sole imputation of the justice of Christ or by the sole remission of sins, to the exclusion of the grace and the charity which is poured forth in their hearts by the Holy Ghost, and remains in them, or also that the grace by which we are justified is only the good will of God, let him be anathema.

These are the reasons that I have been utterly opposed to the content and effect of “Evangelicals and Catholics Together” and “The Gift of Salvation.” I will listen carefully in the coming discussion to see if I have failed to give the documents a “fair reading.” I will do so without fear or favor. My one goal will be faithfulness to Christ and His Word.

1. Its final paragraph declares “…we affirm our unity in the gospel that we have here professed.” This affirmation concludes a sentence in which the evangelicals reiterated their adherence to the classic Reformation confessions and the Roman Catholics declared their commitment to the teaching of the Roman Catholic Church.

6. J.I.Packer, “The Doctrine of Justification in Development and Decline Among the Puritans,” in The Papers of the Puritan and Reformed Studies Conference, 1969, p.19.

Dr. Godfrey is president of Westminster Seminary in Escondido, CA, where he also teaches Church History. He serves as contributing editor of The Outlook.