And Jesus led his disciples out as far as Bethany and said to them: “Go ye into all the world, teaching all nations, baptizing them into the name of the Father, and the Son, and the Holy Ghost, teaching them to observe all things what so ever I have commanded you, and, lo, I am with you always” (Matthew. 28:19–20).

Jesus lifted up His hands and blessed them, and it came to pass while He blessed them, He parted from them and was carried up into Heaven (Luke 24:50). The disciples went forth preaching everywhere, the Lord working with them, confirming the word, with signs following (Mark 16:20). Thus, the work of establishing the church of the New Testament began in earnest, and the gospel spread quickly throughout the Roman Empire.

The Lord had given to His apostles a major assignment. They were to establishing His church, in the Roman Empire even though it was a godless, hateful, and hostile environment. Jesus had previously warned them saying: “Take heed to yourselves, for they shall deliver you up to councils, and in synagogues, and ye shall be beaten, and ye shall be brought before rulers and kings for My name’s sake, for a testimony against them” (Mark 13:9).

The Scripture gives us a fairly detailed accounting of the work of the Apostles during the first century.

We can also turn to the pages of history to see how the church managed to survive through the centuries. This is something for the most part we take for granted. However, it is a subject that should be of more than casual interest to all Christians. Such knowledge would help us more fully appreciate the persecutions and suffering that other Christians had to endure, in order that we might have the Bible and through it might come to know the way of salvation. We should be cognizant of the fact that the gospel did not flow down to us like some great river flowing complacently along through the centuries until it arrived in the twentieth century, so that we might drink conveniently of its life giving waters. 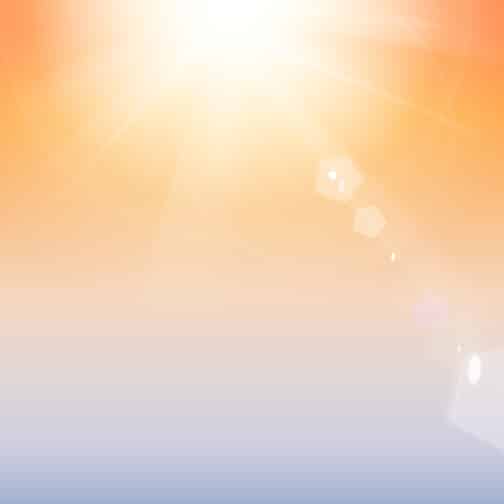 Indeed, it was a bitter struggle throughout the centuries and Christians had to endure such cruel persecution as beheadings, crucifixions, burning at the stake, and being thrown to the wild beasts, Martyrdom was a common procedure!

We are reminded that God said at the very beginning that the church would for all time be in a life and death struggle with the world. Satan would do everything in his power to destroy the young church before it could gain a foothold in his domain.

Many Christian were forced to seek refuge in the catacombs, which extended for miles beneath the city of Rome. Yet, with the Lord’s blessing the early church continued to flourish, and continued to increase throughout Asia Minor. Christ does not promise to take us out of our trials, but He is always at hand to take us through them. And so, in the first century in spite of all the hardships and with the Lord’s blessing, the Disciples were able to establish churches throughout Asia Minor.

The Church in Rome

The persecutions continued at various times and places, but in the early part of the third century the church experienced a brief period of rest. A warrior named Constantine claimed to see a heavenly vision and was thereby converted. He later became the Emperor of the Roman Empire. As Emperor, he issued an edict granting Christians and all others (already there were Roman Bishops, numerous sects, and new philosophies being introduced) the liberty to follow their beliefs.

In addition, Constantine issued an exhortation to all his subjects to embrace Christianity. He made the Christian Sunday a day of rest, forbidding all ordinary work. He also favored Christians in every way possible. All in all, it was a victory for the church, and a temporary defeat for Satan.

The succeeding Emperor, named Theodosius, made Christianity a state religion, and made church membership compulsory. He suppressed all other religions, and prohibited idolatry.

Through Theodosius the church became a state institution and, as a political organization, it was ruled by the state. The state began to make the church over into its own image and membership became compulsory. Many unregenerate people would become members of the church.

The Church enjoyed freedom from persecution and favored status by the Emperor. In order to maintain this status, however, the church began to compromise the truth. During that time, the Church took on a new identity, one much different from the early church in which it had its roots. The Church failed to heed its own teachings, primarily due to the fact that it had been absorbed by the state. This was a failure on the part of the church and a victory for Satan.

Rome fell in the year 476 A.D. and the power of the state church was greatly diminished. Rome’s fall freed the Bishops from civil authority. During the first 500 years the Bishops of Rome were not called Popes, but the word “Pope” was gradually restricted to the Bishop of Rome. Soon thereafter the Bishop was referred to as “Universal Father”, ruling over the whole church. This was bitterly contested by the church, to no avail, and weakened as it was, would have to contend with the greater power and authority of the Roman Catholic Church heirarchy.

Many confrontations took place throughout the centuries between the Roman Catholic Church and the Apostolic Church. There was continual turmoil, persecutions, inquisitions, wars, and conflicts with heathen philosophies.

The Catholic Church remained the dominant power as religion spread into England, Europe, Italy, and Greece. The papacy fought against religious freedom. They wanted tolerance for themselves, but refused it to others. The apostolic church was in the process of losing its way, its spiritual compass broken through worldly affiliations. Soon the church slipped into what is referred to as the Dark Ages. Its candle of light, taken from the early church, burned down to a mere flicker.

We know, however, that the Lord will always have His church, and we know that He is in complete control of all that happens with regards to His church, and over all the world surrounding that church. Nothing in this world happens by chance.

Space does not permit the writing of all the hardships, corruption, brutality, bribery, and bloodshed that the church experienced during those centuries since Constantine.

In the 15th century the Lord used a man named Martin Luther to change the church. Luther, a Roman Catholic by faith, a religious man, was quietly studying his Bible on a given day, when he was led by the Spirit to read in the book of Romans: “The Just shall live by faith.”

His spiritual eyes were opened, and he realized that salvation could only be obtained by trusting in God, through faith in Christ, and not by rituals and penances of his church. He came to see the fallacy of the sale of indulgences and the teachings and beliefs concerning purgatory.

On October 31, 1517, Luther posted his 95 theses to the church door at Wittenberg. For this he was eventually excommunicated from the church. He was condemned to die by the Pope for his heresy, but he escaped. Luther went in hiding for a year, and later returned to his work at the University of Wittenberg. His sermons on the Bible attracted students from all parts of Germany and he became known as the founder of the Reformation.

Luther’s teachings were biblical. However, they needed further enlightenment, and the Lord raised up a man named John Calvin (1509–64), a brilliant student, who accepted the teachings of the Reformation and consequently was driven out of France for his beliefs and teachings.

Calvin went to Geneva where he established his own academy. This place of learning became a pivotal center for the Reformation, and Protestantism. Calvin became known as the greatest theologian of all Christendom. Once more the Lord used men, as Calvin brought the Reformed teachings, out of the dark ages into the full light of day.

The Church in the Netherlands

The Netherlands, home of many of our forefathers, received the Reformation early on. They had printed Bibles to educate the people concerning the faith. Unfortunately, the Netherlands at the time was part of the dominion of Charles V, a devout Roman Catholic. He established the Inquisition, which prohibited religious meetings in which the Bible would be read. Later he prohibited the printing or possession of the Bible.

Phillip II, 1566-98, successor to Charles V, reissued the edict of his father, and carried on the persecution with greater fury. More than 100,000 were massacred with unbelievable brutality. Those who attempted to flee the country were intercepted at the border by soldiers and executed.

After years of protest, the people united under the leadership of William of Orange and began a great revolt, (1572). After incredible suffering, they won their independence in 1609.

The Netherlands was a staunch supporter of the Reformation. Through the teaching and preaching of men like Abraham Kuyper, the Reformed Faith was well founded.

There was a problem, however. Holland had followed the tradition of the centuries in making the church a state church. There were those of the Reformed Faith, (1834) who could no longer abide the liberal dictates and persecution of the Netherlands State Church, and leaving relatives and friends undertook the hazardous journey to America. There the freedom to practice their orthodox Reformed faith was guaranteed.

As we enter a new chapter of the Church in America, we look in retrospect at the church since its inception. The first dispensation of men (2000 years) rejected God and formed a godless society. God destroyed them all with the great flood.

The next dispensation of men (400 years) turned to idol worship, and God left them to their just fate, as He came to Abraham with a covenant, as the base for His Covenant Church. The Lord exercised much patience with His church, and made of them a great nation. However the people remained stubborn, rebellious, and disobedient, finally rejecting the Christ, the very Son of God. God rejected them and dispersed them throughout the countries of the world.

As the church of history failed its test, how will God judge us, the Reformed churches in America. Is she destined to be the final church before His coming again?