The word “church” is derived from the Greek word “kyriakee” signifying that it is of the Lord. We know that everything that exists belongs to the Lord, but the church is the Lord’s in a very special sense. It is His personal possession, purchased by His blood. It has been referred to as His bride and His eternal kingdom.

The church is not a human institution. It has existed from eternity in the counsel of God. He has always had His church on earth and therefore it can be said that the church was born with the ages. The church is called by God through His Word and Spirit.

The need for the church developed as a consequence of Adam’s sin in Paradise. God had made Adam good and in His own image. Yet, when Adam was tempted to transgress God’s command not to eat of the fruit of the Tree of Life, Adam elected out of his own free will to disobey God. Adam immediately suffered the consequences of sin. He not only brought the curse of death upon himself, but on his posterity , as well, including all of creation. Paul reminds us of this in Romans 15:12 where he writes: “Therefore, as through one man sin entered the world, and death by sin, so death passed upon all men for all have sinned.”

In the curse pronounced upon Satan in the presence of Adam and Eve, there is a message of good will from God to the guilt-ridden couple. There was a ray of light to give them hope for the future. It was the beginning of the gospel. We assume that Adam and Eve believed the promise with the hope of salvation through obedience and trust.

God would reveal more of His plan of grace fro the church from time to time as He did through Enoch, Noah, Melchizedek, Abraham, and others. All mankind was called to walk in God’s way, and all who did were blessed with the mercies of God.

We should keep in mind that as a result of the curse unregenerate man is spiritually dead in trespasses and sin and has become a spiritual corpse. Unregenerate man is left with a perverted will and this will acts contrary toward God and His Word. Man has become like the person who stumbles into quicksand. The more he struggles, the deeper he sinks into the mire of his own sins. This most certainly will be a problem for the church as it progresses over time.

Evidence of man’s corrupt nature could be seen already in the first dispensation of men upon the earth. Between the period of Adam and the flood “men began to multiply upon the earth and their numbers greatly increased.” 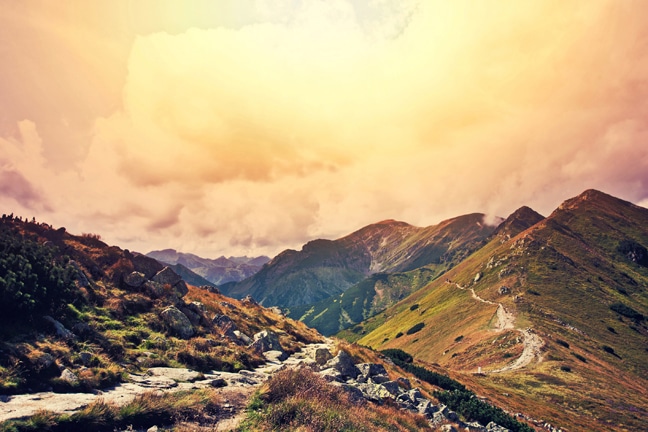 Archeologists have been able to establish that in the years before the flood, people of that dispensation had formed an astonishingly advanced civilization. Yet, due to the corrupt nature of man, they were only able to create a society of unspeakable wickedness, which God, in His hot displeasure against sin, destroyed with the flood.

One man, Noah, found grace in the eyes of the Lord, and God saved him and his family in the ark. They represented a remnant to keep the flame of God’s church alive.

Alas, in four hundred years between the flood and Abraham’s time, dynasties were established. The people once more rejected God as they lapsed into wickedness and idolatry. It appears that God had abandoned His people and given them over to their sinful desires.

But God called Abraham out of these evil surroundings, instructing him to go to the land that God would show him. God used Abraham not only to keep the flame of the church alive, but also to make him the founder and the father of His people.

God made a covenant with Abraham saying, “I will establish My covenant between Me and thee, and thy seed after thee in their generations for an everlasting covenant to be a God unto thee and they seed after thee” (Genesis 17:7). It should be noted that this same covenant is relevant to the doctrines of the Reformed churches of today.

God went on to explain to Abraham that He would make Abraham the father of many nations. The extension of this covenant was carried on to Isaac and Jacob, through whom God would bring into being the covenant church of the Old Testament. It was eight hundred years later that God freed the descendents of Jacob from slavery and our of the hands of Pharaoh. The legacy God had promised to Abraham was fulfilled. An angel of God led His covenant people, the church, to freedom. The people had lived in Egypt for four hundred years. The church, then, was in need of spiritual directives. God came to them in Exodus 23:20, 21 and said “Behold, I send My angel before you to keep you in the way which I have prepared for you, beware of him and obey his voice. Provoke him not, for My name is in him. Then you shall be a peculiar people unto Me, above all peoples of the earth.” Indeed, this was a very auspicious beginning for God’s covenant people, the church of the Old Testament. God had kept His covenant promise to Abraham. He had made of his people a great nation, for kings were born from the seed of Abraham. However, they were still a people and a church bearing the corrupt nature inherited from the Fall. They often strayed from the way God had given them and were found to be disobedient. They resorted to idol worship and opposing the Law of God. Most of the people lost sight of the true spiritual meaning of the various ordinances of this period in the life of the Old Testament Church,. They failed to see that the ceremonies of their religion was to lead them in faith to the promised Messiah. They imagined the outward duties of their religion would be sufficient to make them acceptable and pleasing in God’s sight.

No doubt, some New Testament believers will make that same mistake. We are not made members of the true Church of Christ through the use of outward means, nor by joining the visible church on earth. God must make us members by calling us into a living union with Jesus Christ. He must give us the faith to believe.

The fall of the Old Testament Church could be summed up in a few words: Fraternization with the heathen nations which surrounded them; unbelief; rejecting God and falling into idol worship; and finally, they committed the cardinal sin of rejecting the cornerstone of the Church, Jesus Christ, by crucifying Him on Calvary’s cross. Israel, the covenant church, rejected the Son of God and God rejected them. They were stripped of their nationality and dispersed among the nations where they remain to this day, continuing in their rejection of God’s Son as their Messiah.