Just which god was Mr. Clinton asking to bless America?

The Democratic convention’s centrist sound gave people what they wanted to hear, but confirmed a dismal trend in Western civilization. Behind the dulling rhetoric about families and the defense of children, President Clinton reached a high point of tragic irony when he suggested that the killing of unborn children is a noble act of spirituality, to be decided “by a woman, her doctor, and her god.”

He failed to note that abortion kills not only babies but the deep maternal instinct of mothers; that it kills our delicate trust in the healing profession; and that it severs a father’s tie to his family and kills the male voice in issues of life and death.

Veiled in a mist of political newspeak, Mr. Clinton’s “bridge to the future” will likely lead to a violent “village” of family collapse, infanticide, physician-assisted euthanasia, and endemic suspicion in which neither marriage, nor family, nor children, nor even the individual is safe.

In spite of claims to the contrary, this vision is a bridge to the past-the past of the revolutionary ‘60s: sexual liberation, feminist deconstruction, moral relativism, and anti-Christian spirituality. That point was illustrated by the triumphant return of many of the “Chicago Seven” to the city where they made history nearly 30 years ago.

There was Tom Hayden, once an explicit revolutionary, now a California state senator and delegate to the Democratic Convention. Hayden teaches pantheistic “deep ecology” at a center for the exploration of syncretized pagan “Christian” worship and various forms of witchcraft. There was Rennie Davis, who spoke of spiritual discoveries that will push humanity into greatness within the next five years. Original cast members of Hair sang again of “the dawning of the Age of Aquarius.” 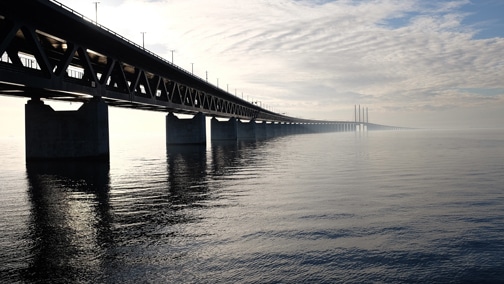 These revolutionaries weren’t on an oldies nostalgia trip; they were celebrating the current triumph of their once radical agenda which now constitutes the philosophical underbelly of mainstream politics. And they were looking forward to a pagan Age of Aquarius, which beckons from the other side of Mr. Clinton’s Bridge.

With the phrase “A woman and her god,” President Clinton revealed his own theology. He believes in a god who whispers to some that abortion is a slaughter of the innocents while reassuring others, like ex-Surgeon General Jocelyn Elders, of its social benefits. Either the god behind these conflicting ethical systems is schizophrenic, unworthy of divine status, or more than one god is speaking.

In the ‘60s, radical theologians proclaimed the “death of God.” Mildly amused, evangelicals claimed not to know God was even sick! But the radicals were deadly serious, seeing in this divine death announcement “the obituary of a useless single-minded and one-dimensional norm of a civilization that has been predominantly monotheistic, not only in its religion, but also in its politics.”

With God dead, the revolutionaries heralded “the rebirth of the gods and goddesses” and the coming of a political system to go with it. Some of the radicals’ predictions have come to pass: In the ‘80s and ‘90s, radical feminists in society and the church turned to goddess worship for spiritual empowering to transform the world. Discovering ones own god, and beyond that, that one is god, constitutes the essence of the spiritual regeneration of the ‘60s “Me Generation,” If everyone is his or her own god, how can anything be wrong to do?

Will we follow Mr. Clinton’s bridge to the global village of the 21st century? If we do, we won’t find a Christian village. It will be polytheistic and animistic, just like the African villages that serve Mrs. Clinton as a cutesy model for her theories of communal child-rearing.

Will the words “God bless America” take on an ominous ring? Must we begin asking, “Which God?” and “What blessings?” The God of the Bible, with His absolute standard of right and wrong, will not be welcome in the postmortem womb of the returning pagan goddess. The bridge is broad except for those who still hold to the Scriptural view of God.

If, by carefully chosen soundbites, Bill Clinton succeeds in selling this new religious/political vision to voters as the “right track” into the 21st century, one day in the not-too-distant future America may discover that this “bridge into the future” was a bridge too far.

Mr. Jones is Professor of New Testament Studies at Westminster Theological Seminary in California and author of the upcoming book, Spirit Wars: Pagan Revival in Christian America. His first book on this subject is The Gnostic Empire Strikes Back.