Confessing the truth of God’s Word has always been important for those of Reformed persuasion. The Confessions of the Church, be they the Westminster, the Continental, the Second Helvetic others, have functioned to declare God’s truth to the world as witnesses, to preserve it from attackers as soldiers, to pass it on to our children as covenant keepers, to repeat it to God as worshipers, and to maintain the unity of the faith in the bond of peace. Historically the Church has confessed these truths in opposition to errors and heresies which have faced her. The Belgic Confession confronted both Rome and the Anabaptists; the Canons of Dort rejected the errors of Arminianism; the Second Helvetic Confession was a response to the Counter Reformation and Unitarianism. As such the confessions marked the dividing line between those inside and outside the Reformed faith.

At each juncture of the Church’s history, her greatest threats have come from those who would compromise her message In the past, when the Church has been confronted by such challenges, she has responded by confessing such life-threatening errors as beyond the pale of God’s truth. Today the twin heresies of evolutionism and egalitarianism are threatening the Church. They are being espoused by those inside the Church as consistent with being Reformed. The Confessional Conferences for Reformed Unity believe the time has thus come again when the Church must confess the truth as opposed to error. The great twentieth century defender of the faith, Cornelius Van Til, noted that, “Creeds must be revised and supplemented from time to time.”

The Confessional Conferences were born when a group of CRC pastors and laymen began to talk about the need to respond to the twin evils afflicting the CRC: evolutionism and egalitarianism. These issues had implications for other denominations as well since the whole Reformed and Presbyterian community was threatened. In August 1991, thirteen men from various Reformed and Presbyterian Churches formed a steering committee for the Confessional Conferences with this purpose: “To address the issues of egalitarianism and origins. To that end the conference shall: 1) Develop confessional statements to serve as the Biblical response to the two contemporary issues of egalitarianism and origins; 2) Explore ways in which God might bring us into one united Reformed Church, based on the Three Forms of Unity and the Westminster Standards.” This second purpose called for yet a third area to be addressed, that of ecclesiology. So it was that three conferences were planned to address the three areas of evolutionism, egalitarianism and ecclesiology. In November 1991, the Alliance of Reformed Churches voted to become the “ecclesiastical anchor” by agreeing to convene the Confessional Conferences.

The first conference was held in July of 1993 to deal with origins. There were speakers on the subject of creation/evolution (for information on obtaining tapes of the lectures see the end of this article). Two other Significant matters occurred. First, a document was reviewed which contained Hermeneutical Guidelines for the Confessional Conferences. Second, an outline of a proposed confession on creation/evolution was formulated. As a result of last year’s conference, the Hermeneutical Guidelines document is in the hands of Alliance churches; it is being studied for adoption. Also a preliminary draft document on evolutionism is being prepared for presentation to this year’s Alliance meeting in November. 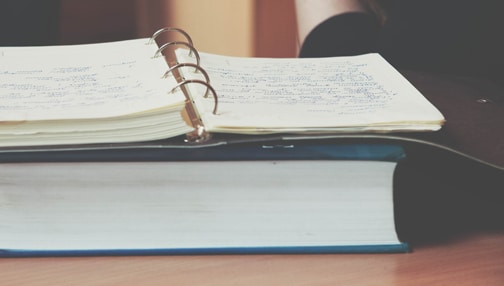 The second Confessional Conference for Reformed Unity met in July of this year on the campus of Wheaton College (no affiliation). The theme of the conference this year was Egalitarianism. While the attention of most Reformed Christians today is directed to one particular fruit of this false principle, women in ecclesiastical office, the root is found in an anti-Biblical theory of rights. The Dutch historian Groen van Prinsterer called it “the Revolutionary spirit” as it had come to a systematic and historical expression in the French Revolution. He demonstrated that it was the very essence of anti-Christianity.

For more than two hundred years this evil war against God, good order, and authority has been taking place subtly and blatantly, locally and internationally. It has borne fruit in a number of ways. It is the teaching that all people must have equal political, social, and economic rights. It has defined the standard for “political correctness.” It is responsible for the communist catastrophes of our era. Alternatively, Democracy has become the global gospel, promising freedom and liberation, not in Christ and His Word, but in political “emancipation.” Feminism and homosexuality are the two most contemporary examples of the egalitarian spirit. Ironically, the Dutch Reformed descendants of Groen van Prinsterer and Abraham Kuyper, who helped identify and expose the enemy of egalitarianism at the end of the nineteenth century, have now become its leading ecclesiastical spokesmen and propagators at the end of the twentieth century. This anti-Scriptural theory has attained the status of a new prevailing presupposition in too many ecclesiastical bodies. It is imperative to confessionally place this theory out of bounds as contrary to God’s Word and will. This year’s conference began to do just that.

Dr. Bill Dennison, professor of Interdisciplinary Studies at Covenant College, led off the lectures, tracing the historical/philosophical roots of egalitarianism. Starting with Plato and proceeding through the ages, he examined the various world views/philosophies, and the roots of modern egalitarianism were laid bare. Dr. Dennison did an excellent job of continuously drawing contemporary parallels and applications in his analysis. This maintained a connection between present and past. It also demonstrated the necessity of understanding the development and progression of egalitarian thought in order to understand modern thinking. In his concluding analysis and critique, Dr. Dennison pointed out the futility of Christian efforts to refute egalitarianism on the basis of nature and reason. Instead he maintained that Christians must claim the Kingdom and Word of Christ against the powers and principalities of this world.

George Grant spoke next on the fruits of egalitarianism. George Grant is a nationally known author of over a dozen books. He is a keen and perceptive analyst of social, political and cultural issues from a Biblical and Reformed perspective. He first dealt with the fruits of egalitarianism in the culture at large. Comparing our day to that pictured in Proverbs 1, he detailed the simplicity, shallowness and naivete of our culture. The post-modernist world view is not so much built on the foundation of its philosophical predecessors, he said, as it is indifferent to them. He showed how the Church has failed to mount a substantive response to the current world view because it has to a large degree followed along. This dovetailed into his second lecture on the fruits of egalitariansim in the Church where further analysis proved quite discouraging.

Hearing of the fruits which have resulted from drinking at the well of egalitarianism was enough to see that the issue is certainly much larger than women in ecclesiastical office. It is sad to see so many Christians today who are unaware of the comprehensive threat posed by egalitarianism. Mr. Grant certainly demonstrated that the Church must either respond to this threat or be consumed by it. In fact that was just what the next speaker, Dr. Peter Jones of Westminster Seminary in Escondido, seemed to imply was happening.

Dr. Jones, author of the recent book, The Gnostic Empire Strikes Back, spoke on the refutation of egalitariansim. He conducted a skillful critique of egalitariansim in the light of New Age Monism. He carefully demonstrated that it was antithetical to Biblical Christianity. He portrayed Monism and Theism as two world views in collision. As always must be the case, the enemy maintains that Theism must disappear. Dr. Jones pictured the Church in the present day as losing the battle to an ever expanding Monism as seen in the New Age. This is infiltrating the Church under the guise of feminism. By maintaining an antithetical posture to this world view, the Church is called to refute it.

A panel discussion with the three speakers provided a time of lively discussion and set the stage for the committee meeting to draft an outline of a document on egalitarianism. The committee took its cue from the speakers’ seed thoughts and input was gathered from the conferees, an outline obained, and the work on that document was off to a good start.

An additional committee met to review a draft of the evolutionism document. There was much discussion and input that should prove valuable to the steering committee as a final draft is produced.

Most encouraging this year was the world-wide interest in the conferences. Letters, inquiries and faxes were received from Australia, Great Britain, Nigeria, Madagascar, the Netherlands, and other nations. There appears to be great universal desire for the work of the conferences. Comments on and contributions to the documents came from numerous churches around North America and the world. The Hermeneutical Guidelines document was adopted by at least one North American denomination, the Bible Presbyterian Church, at their 1994 synod.

The next conference will be focusing on the subject of ecclesiology. In the Lord’s providence the topic appears timely. There is a great deal of unrest in the current Reformed and Presbyterian denominations. Couple this with the great interest of many of those denominations for truly Reformed and confessional ecumenicity. The possibility for a united Reformed Church seems to be greater than at any other time in this century. Two former editors of The Outlook, Revs. DeJong and VanderPloeg, often spoke hopefully of just such a possibility. Perhaps now, with the Lord’s blessing, the Confessional Conferences can be used to arrive at such a goal.