The holly and tinsel of Christmas have been removed and we have set our houses in order once more. A New Year has begun, bringing an unusually large package of questions and probabilities which we now have time to think about. The Old Year slowly wrapped its purple shawl around its shoulders and silently slipped into its place in the halls of history; but it left behind many of its unsolved problems and burdens. Even as we welcomed the fresh, new year, there was a catch in our throats and a sob in our voices, for the dimming light again warns us that the coming storm which threatens every phase of our existence is no ordinary summer squall.

There are various ways in which we might meet the stem facts that confront us as Christians in 1958. First, we might ignore the terse statements, marked with double exclamation points, which shout at us from every magazine, newspaper, and newscast. This would be an easy way to escape, for what one does not know would never cause loss of sleep. 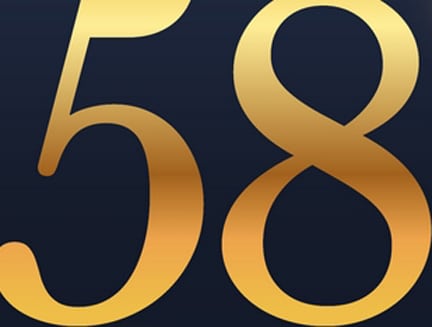 Or, we might sit back with a deep sigh and say, “Surely, nothing I can do win change the dark picture, so I will do the best I can and await the outcome.” Many Christians are doing just that, not so much in words as in their complacent attitude.

A third method of dealing with world tensions is to become a victim. Some Christians do this unwittingly in an almost fierce attack on work or pleasure, causing even recreations to be a wearisome round of keeping so busy that the seriousness of life will not unduly weigh down the soul. Many of our crowded days are simply an escape from reality, making us victims rather than victors. Time, money, and effort are being spent for much that is not bread, and which can never satisfy the soul. The forms of escape are legion. From endless collections of non-essentials to time-consuming effort at keeping up with the Joneses, we women are spending ourselves to the point of weariness, only to discover that the solution to our restlessness lies even farther beyond our reach than when we began.

Faith is the Victory

There is a fourth approach to the darkening skies of 1958, one which will ultimately lead to heights of victory. Because tile future holds such tremendous possibilities, the requirements for meeting them must of necessity be stupendous. This is no day for weaklings and half-hearted compromisers.

When God chose men and women of Bible times to do a specific task of valor, he called men like Joshua and Caleb, Gideon, David, and Daniel, or such women as Deborah and Esther. The gallery of portraits in the Book of Hebrews, chapter eleven, depicts for us the type of men and women who knew how to cope with problems far above and beyond the ordinary. Satellites and space-ships, A-bombs, and nuclear weapons, hateful nations, and deepening growls of the war god are today no greater threat to us than were the fiendish tortures and hellish designs of the enemies of their day. The picture of scourgings, bonds, imprisonments, stonings, destitution, torments, and afflictions of their times was as menacing as any instrument of brutality of our time.

Everyone of the heroes depicted for us in this wonderful chapter faced a tremendous difficulty or a threatened death, but overcame by a supernatural power. The word used for this invisible strength is faith. It is a small word, but it represents a power greater than any problem or threat which hangs over our horizon in 1958.

Needless to say, if we are to gain a similar victory, that same invincible power must be ours. Without it, our future looks dark indeed; but once faith takes root into the very core of our being, no principality or power on earth can conquer it. Faith sees a bright rainbow of promise in the darkest sky.

Faith is the simplest virtue of the soul, for it trustingly accepts what God has to offer; but once it is implanted in the human breast, it penetrates every department of our complex lives. Then the language of the saints of old becomes understandable. We then know that the promises of God are ours forever; we then join Abraham in looking for a city which is to come, a city which has foundations; with the patriarchs of old we desire a better country; we know the potency of the recompense of the reward; our arms reach out with Joseph, enduring wrath and reproach, seeing Him who is invisible; and then with this great cloud of witnesses in mind we can accomplish what they accomplished. They were made strong, waxed valiant, put to flight armies of aliens, even refusing deliverance when such deliverance demanded compromise.

But faith can never accomplish this unless it is firmly linked with Deity. When He who stands majestically above the puny efforts of man reaches down to hold the hand of the trusting Christian, that soul is as sure of victory as if the laurels and crowns were already distributed.

The Conquest of Fear

Faith looks at the darkening skies but knows no real fear, for the God in whom we trust is a shelter in the time of storm. Faith sees in today’s prodigious instruments of speed. and strength a bright assurance that events are moving exactly according to specifications, for Jehovah sits enthroned on high, ruling over the minutest details of man-made marvels of invention. And while men fear and quake at the awful potentialities produced by God-hating nations, faith finds a deep solace in knowing that not a hair of our head will fall without the Father’s will.

We cannot look far into the future, but we do know that as we gaze into the new year there are hills to climb and rivers to cross; there are goals to reach and victories to be won. How can we do this? The answer to this question is also complex and many-sided.

Were it not for our Master Guidebook, the Bible, we would be at a loss as to what is expected of us in this year of great possibilities. Looking at this Guide-book we discover that the hills we must climb are lighted by his penetrating torch; the rivers we must cross are bridged by his omnipotent hand. Are there goals to reach? He has already promised assurance that we shall arrive; and the victory has been won for us. How, then, shall we proceed? As a tourist follows his road maps and so knows the unknown path he must take, in much the same way we Christians must follow our specific guide for this new year.

The general shape of life in the future is stated for us in Matthew 24, where our Lord predicts great calamities, false prophets, deceivers, persecution of believers, and signs in heaven and on earth, and many other landmarks which we already recognize. No doubt we shall witness even more of these signs as we progress.

In Hebrews, chapter 12, we also read how we shall proceed on this road of many dangers which we must follow. Unless we know the way and how to follow in this way, we are in danger of becoming fearful and inefficient.

According to our Guide-book, the first and most important direction is that we look to Jesus, the author and finisher of our faith, specifically to that phase of his ministry in which he went to the cross, despising the shame, and enduring the agony of crucifixion, because of the joy that was set before Him. Fellow pilgrims, if that look enables us to endure because of the joy that awaits us, then we shall indeed be prepared for any hill we may have to climb this year. It is not the size of the hill but the looking unto Jesus that makes the difference between failure and success.

We are also told to lay aside the weight of sin which so easily besets us, and to run with patience the race that is set before us. Weights! What a lot of them we encounter! We could have gone to that mission meeting to pray for the soldiers of the cross, but—“You know how it is, we had this dinner date and evening planned so long!” Weights! We could have ministered in God’s name to some aged person, or some patient in the hospital, but there were a dozen other things to do. Weights! We all have them, but our Lord tells us clearly they must be laid aside if we are to win. No time for prayer, for meditation, for Bible reading? Weights!

But that is not all A whole chapter of directions is given to us, every one of them tremendously important in crossing the rivers of 1958. Like glaring sign-posts on the highway, they warn and direct: “Faint not when thou art rebuked; lift up the hands which hang down; make straight paths for your feet; follow peace with all men; beware lest any fail of the grace of God; serve God acceptably.”

There is a white line painted on the highway on which we are traveling, the white line of holiness and separation from the evils of the world. To cross this line means danger. Our goal into honor our Lord and Master through daily witness, each in his own place, in his peculiar way, and with his particular gifts and talents.

How lustily we sing, “Faith is the victory that overcomes the world!” To have this faith is to be rich beyond measure; to exercise it is to be assured of success; to work it out in our lives is a full-time task requiring every ounce of energy and every talent we possess. That is what Jesus meant when he said, “Thou shalt love the Lord with all thy heart, with all thy soul, with all thy mind, and with all thy strength.” What a goal to reach! What a victory to be won!

To those who exercise such faith in that capacity, there comes the sure promise of eternal victory. All fear removed; sin done away through Christ; a goal to reach for him; a life to spend for him, and the blessed hope of his return, all this and much, much more is the challenge for 1958.

Crowns and thrones may perish,

But the Church of Jesus

Gates of hell can never

We have Christ’s own promise,

And that cannot fail.