It was 170 years ago this month that the Secession took place. In this event a group of men and women left the Established Church of Holland and willingly suffered both scorn and persecution for the reformed faith. Many of us in 2004 trace our spiritual lineage to those heroic men and women. They saw the church organization to which they belonged become corrupt and believed that the only way to stay in the true Church of Jesus Christ was to secede from that organization.

Secession is the only safe and effective way to reform a deformed church organization. There is no logic in the position that the faithful portion of the decadent Church should remain to voice its protests and that it should never stop until the heterodox party puts them out by means of discipline. History does not defend that position. Experience proves that when the unfaithful element in a Church is in the saddle, they pay no heed to protests and they feverishly work to consolidate their position while the faithful are waiting to be ejected.

Far too many parents throughout history waited for their church to return to the faith handed down by the saints only to watch the instruction of their children undermined through the preaching of a false and watered-down gospel. Secession does not take place for the elderly saints who are already rooted in the faith. It must take place for the young people and children who need to hear the glorious truth of the living Word. 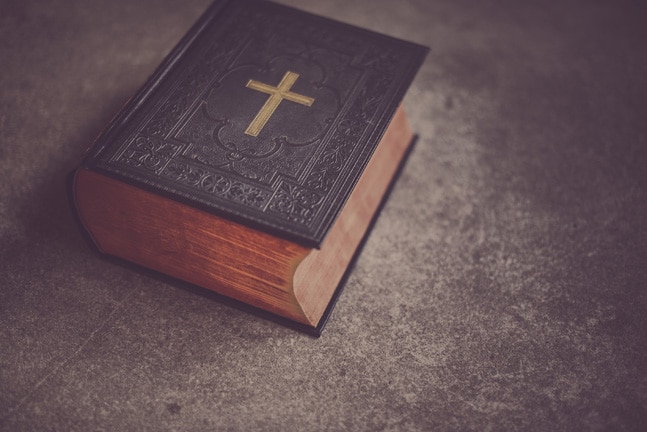 The thinking of today that certain teachings may be true for one time but not necessarily true for another is totally false. New occasions may require a new application of those truths and may lead to a better understanding of them, but the truth itself is the same yesterday, today, and forever. That truth must forever be defended. Some say that truth needs no defense. There never was a greater fallacy than that. Human nature is hostile to the truth. A corrupt mind cannot know the truth. Only through God’s Spirit are people convicted of the truth that saves them. That has never changed.

One hundred seventy years ago our fathers fought and suffered for truths that are still valid today. The leaders of the Secession insisted not only on that truth, but maintained that such truth was found in pure Reformed doctrine. Leading principles held by De Cock, Scholte, Brummelkamp, Van Velzen and Van Raalte, that led to the Secession, are just as true in 2004 as the were in 1834.

The first principle was that of the sovereign grace of our God as the only source of salvation for lost sinners. The very heart of the Reformed faith is not merely the teaching of De Cock, or Calvin, or Augustine, or even the Apostle Paul. The heart of Reformed doctrine is that our Lord Jesus Christ died on the cross for the sins of His people. Through His perfect obedience and death on the cross we have forgiveness of sins and reconciliation with the Father. It is a fundamental truth that the grace of God alone has made salvation possible.

The Secessionists did not merely hold this doctrine as a private conviction. They preached it with fire and with conviction. They left no room for any type of universalism, syncretism, or tolerance of contrary teachings. Still today, this fundamental truth must be maintained and proclaimed. The Church of Jesus Christ cannot tolerate anything that teaches that mankind somehow merits salvation or can gain salvation in any other way than through the Savior sent by God.

The second principle for which our fathers fought was for the faithful exercise of church discipline as an indispensable means of keeping the church pure. This, too, was not a novelty but one of the basic principles of the Reformation which the corrupt State Church of the Netherlands had utterly forsaken in the days of the Secession. Faithful reformed churches today still confess that the faithful exercise of church discipline is one of the marks of the true church.

How many churches today are loyal to this part of our spiritual heritage? All our praise for the boldness and the work of the leaders of the Afscheiding will only be like a sounding brass or a clanging cymbal unless we can truthfully declare that we also endeavor to maintain the purity of the Church by means of discipline. As difficult as it may be to discipline in a religious atmosphere where church growth is often stressed more than spiritual growth, such discipline is demanded by God from all who hope to remain faithful.

How many churches today can truthfully say that they are manifesting a holy determination to be faithful to this fundamental principle of the reformed faith?

The third principle which our fathers never grew weary of stressing was that there is no authority in the Church except that of the Consistory and the major assemblies of the Church. They themselves were victims of a vicious system of church government in which the authority of these bodies had been usurped by standing committees. These committees acted as if they were autonomous, and, in an autocratic way, deposed the ministers who began the Secession.

It is this same ruinous board system which has strangled many other denominations as well. Standing Committees with their own agendas often are guilty of imposing their desires upon a Synod. Often such boards forget that they possess only delegated authority. By word or deed they show a reluctance to be wholly and fully subject to the body that appointed them.

Let us thank God for our fathers before us who through “dungeon, fire, and sword” contended for the faith in 1834. They have transmitted to us that holy and glorious faith, which is our most precious possession. As the fathers contended for the faith in the days of the Secession, let us today stand strong and contend against those who would take away the very principles of our Reformed faith. Our enemy is essentially the same as theirs.