On October 31, churches throughout the world celebrate the nailing of Martin Luther’s Ninety-Five Theses to the Wittenberg Chapel door. The event represents the outpouring of Christianity unshackled and blossoming. Like Hilkiah finding the Book of the Law, the thirty-four year old Luther began to re-proclaim the doctrinal “solas” to the world: scripture alone, Christ alone, grace alone, faith alone, and the recognition that all of life is lived to the glory of God alone. For over five hundred years, these biblical truths reclaimed by the Reformation have transformed individual lives and entire societies. Truly, churches do well to celebrate the victory of the Reformation. 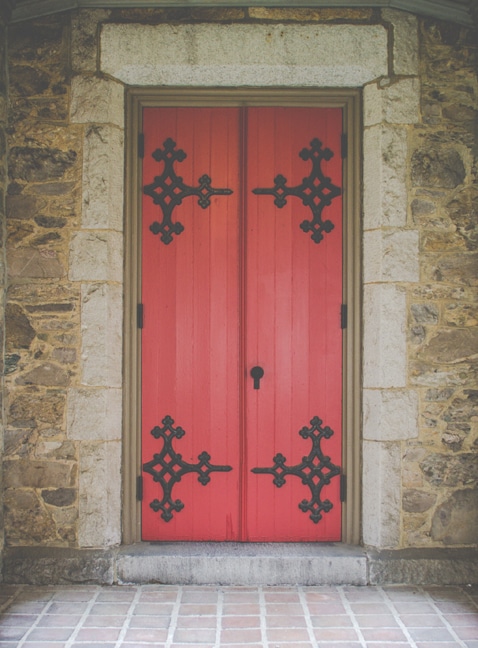 But like all victories, we tend to overlook the struggles involved. We may even romanticize the Reformation. We see the triumphs, and think that God blesses particular individuals like Luther with great growth and success, while the rest of us struggle through our Christian lives with failures and hardship.

Just ten years after the posting of the Ninety Five Theses, we find the forty-four year old Luther one of the most famous men in Europe. In 1527, he preached sixty sermons, lectured to students, wrote one hundred letters and fifteen tracts, and spent time working on his translation of the Old Testament. He did all this while having the responsibilities of a husband, father, minister, teacher, and political advisor. One can find this productivity throughout all of his life. We would like to think that God must have blessed Luther by making his life easier so he could concentrate on God’s work.

But a closer look at Luther in 1527 shows some surprising details. Scholars mark this as the year Luther’s health increasingly began to deteriorate. It is recorded that he had several fainting spells, even fainting during a sermon. Luther, a man who loved to preach, had to stop preaching for a while. He also complained of intense pain in his chest, accompanied by painful buzzing in the ears. It had become so severe that it was thought he was about to die.

News of this spread quickly, and fear gripped the people of Wittenberg. An entire deathbed scene of “Luther’s last words” was recorded in which Luther, surrounded in bed by his closest companions, voiced a deep concern for his pregnant wife and infant son: “Lord God, I thank Thee for having allowed me to be a poor beggar on earth. I leave no house, property, or money. But you gave me a wife and children, I commend them unto Thee. Feed, instruct, and preserve them as Thou hast preserved me, O Thou Father of children and widows.”

Luther recovered, but his physical condition continued only to become worse from this point. This physical weakness brought on serious bouts of depression. This melancholy would accompany Luther throughout his life.

As he struggled with failing health, he would at times wish for death to release him from the pain brought on by intense headaches, dizziness, arthritis, digestion problems, infections, and uric acid stones, to name only some of his maladies. In his pain, he questioned whether or not God had abandoned him. He wrote to Melancthon, “I spent more than a week in death and hell. My entire body was in pain, and I still tremble. Completely abandoned by Christ, I labored under the vacillations and storms of desperation and blasphemy against God. But through the prayers of the saints [Luther’s friends] God began to have mercy on me and pulled my soul from the inferno below.”

Some may be surprised to read these words by Luther. How could a man who stood alone against the Catholic Church and Roman Empire show such a lack of faith? My belief is that Luther was like all of us. We at times stand strong, and at other times we cry out to God to increase our faith. Where Luther lacked faith in 1527, he also displayed it remarkably in other instances.

The plague ravaged Wittenberg that same year. Many of Luther’s friends died, and his students and colleagues fled for their lives.

Luther’s son even became ill for a time. Luther though felt “public servants, preachers, mayors, judges, doctors, policemen, and neighbors of the sick who have no one to take care of them are on duty and must remain.” He did not begrudge those who fled, “for to flee dying and death and to save one’s own life is a natural instinct implanted by God and is not forbidden.” But for Luther, fleeing the plague was not an option. He turned his house into a makeshift hospital, where he and his pregnant wife took care of the dying. The house was quarantined, remaining so even after the plague subsided.

This was the year 1527 for Luther, the ten-year anniversary of the Reformation. How many of us in Luther’s place would question whether or not God was chastising us for sin? How many of us would question whether or not we were missing God’s will for our lives? How many of us would wonder why we were not successful in our Christian ministry? Luther though, expressed profound understanding for all these trials: “The only comfort against raging Satan is that we have God’s Word to save the souls of believers.”

In all these trials, Luther clung to that Word, and its promise that it would see believers through the difficulties of life, and that it alone showed us Christ and our salvation, the only really important thing. Luther best expressed this at the end of the troubled year 1527, by penning, “A Mighty Fortress is Our God.” Luther expresses that in our trials, God will be victorious, and so will we.

And though this world with devils filled should threaten to undo us,

We will not fear, for God has willed His truth to triumph through us.

The prince of darkness grim? We tremble not for him.

His rage we can endure, for lo! His doom is sure.

One little word shall fell him.