All Articles For Biblical archaeology

All Articles For Biblical archaeology 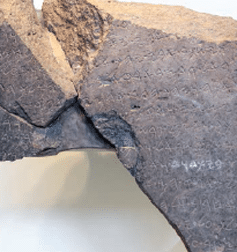 For many years, though critics questioned the historicity of the patriarchs, the exodus, and the biblical portrait of the settlement of the land of Canaan, the historicity of the monarchy in Israel was more or less assumed. But with the rise of postmodernity, many scholars began to cast doubt even on the period of David […]